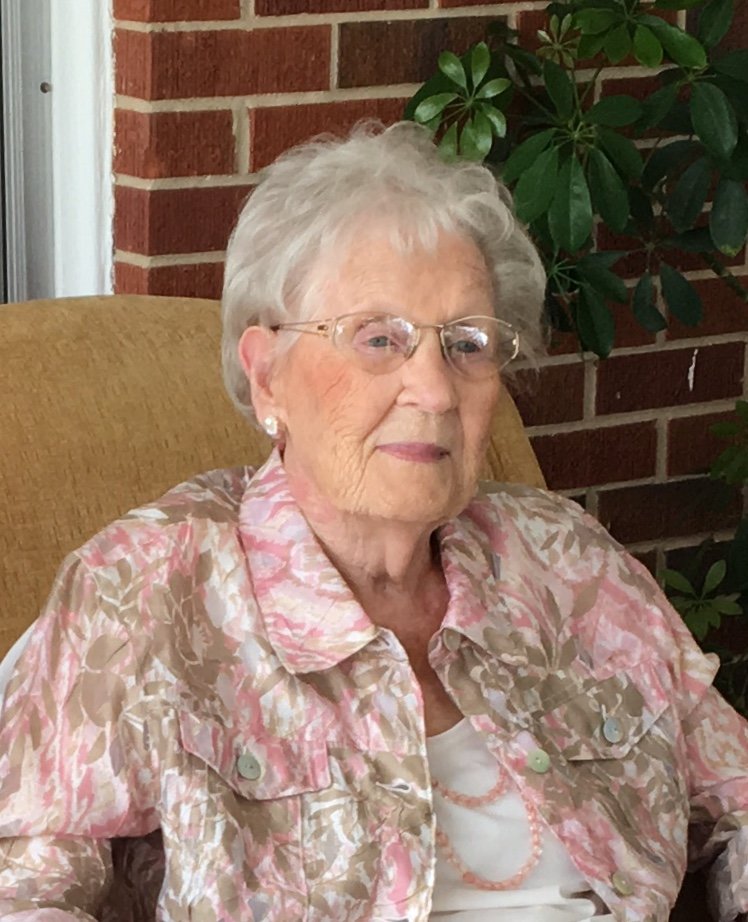 Funeral services for Fairy Morrison Stewart, age 101, of Morrison’s Crossroads will be held on Wednesday, September 11, 2019, at 11:00 AM at Union Baptist Church with Rev. Ed Halsey officiating.  A private family graveside service will be held in the adjoining cemetery with Benefield Funeral Home in charge of arrangements.

The family will receive friends at the funeral home from 5:00-7:00 PM on Tuesday, September 10, 2019.  Mrs. Stewart will lie in state at the church for one hour prior to services beginning on Wednesday.

Mrs. Stewart passed away peacefully Sunday, September 8, 2019, at her residence.

The family gives special thanks to caregivers Deonne Parmer and Diane Shepherd, as well as Sarah Carter of Alabama Hospice.

A Randolph County native, Mrs. Stewart was born on May 30, 1918, the daughter of Arthur and Nannie Cofield Morrison.  She was a member of Union Baptist Church and she and her husband served the community as owner/operators of Stewart’s General Merchandise for over 40 years.  Mrs. Stewart was preceded in death by her parents and two brothers, Rudolph Morrison and Dale Morrison.

In lieu of flowers, the family requests donations be made to Union Baptist Church, 7645 Old Hwy 431, Newell, AL 36280.  Online condolences may be expressed at www.benefieldfhwedowee.com.