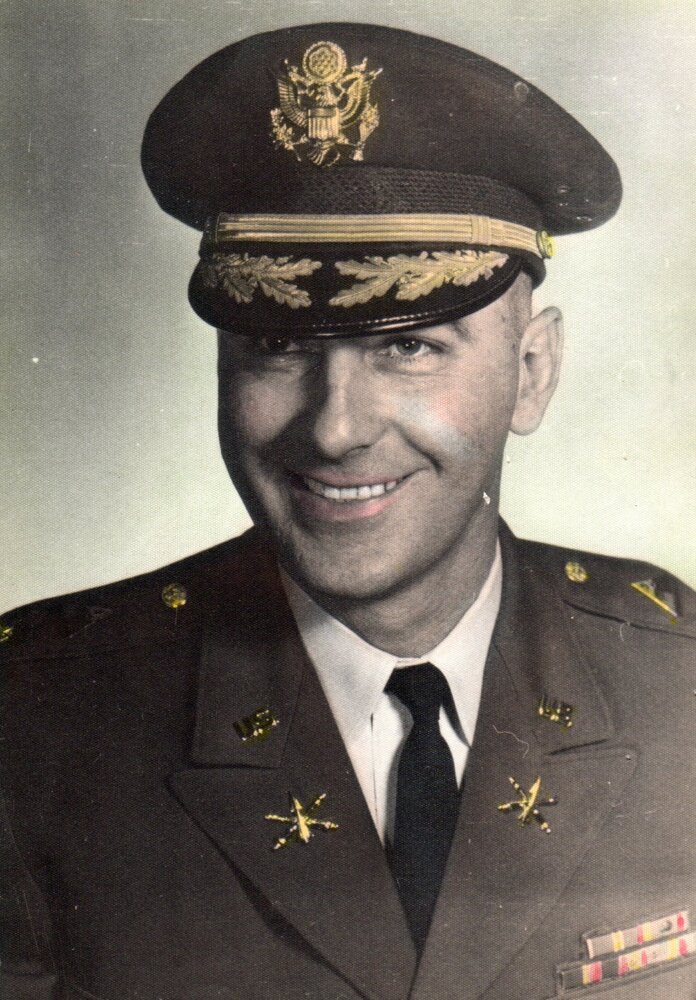 Please share a memory of LTC Rex to include in a keepsake book for family and friends.
View Tribute Book

Visitation will be held on Monday, May 23, from noon until the memorial service, which will begin at 2 pm in the Benefield Funeral Home Chapel.  The interment will follow with full military honors at the Union Hill Baptist Church Cemetery.

He was born on September 16, 1930, in Elba, Alabama, to Robert Milford and Lola McKay Wallace. He graduated from Handley High School and Jacksonville State University with Bachelors and Masters degrees.  He started his military career at age 17 in the National Guard in 1947.  After graduating from JSU, he was commissioned as a 2nd Lieutenant in the US Army Artillery and sent to the front line fighting in Korea.  In 1968, he was sent to Vietnam as Assistant Fire Support Coordinator of 48% of Vietnam. There he directed fire missions for the Battleship USS New Jersey, approved B-52 airstrikes, and directed combat fire support missions where needed to support the United States forces in Vietnam.  His military career also included two tours in Europe during the Cold War.

He traveled extensively during his career and along with his wife and family, lived in various states and abroad.

He retired from the Army at the age of 40 with the rank of Lieutenant Colonel.  He then taught school at Woodland High School, served as Principal of Folsom Elementary School, and was Adult Education Coordinator before retiring to become a full time farmer.