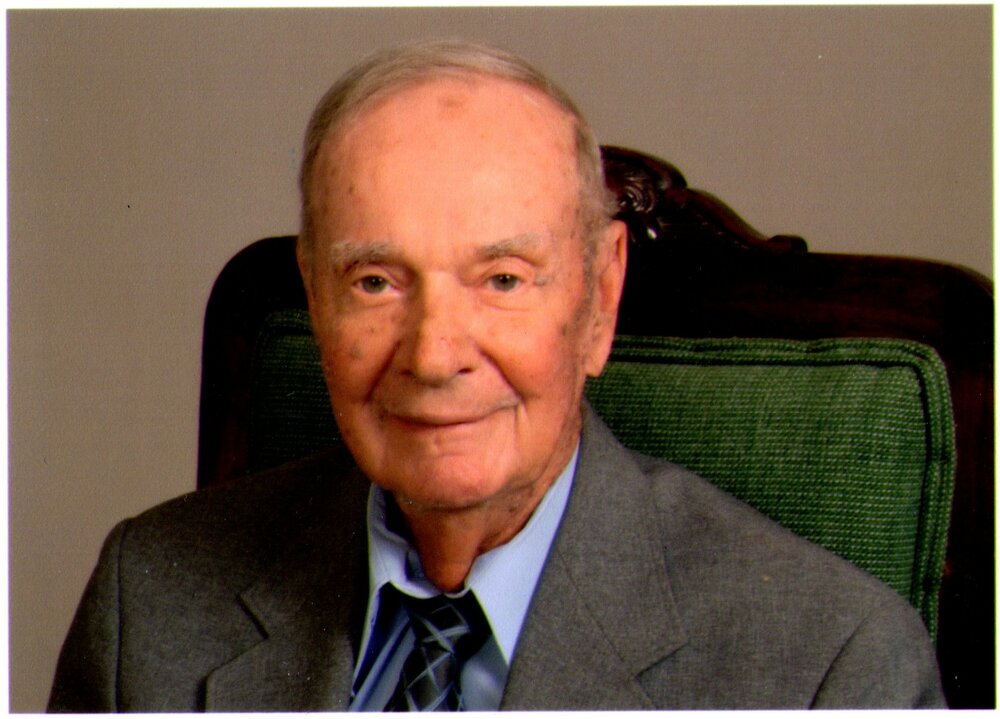 Please share a memory of Max to include in a keepsake book for family and friends.
View Tribute Book

Funeral services for Max Dobson, age 97, of Wedowee will be held on Saturday, September 24, 2022, at 11:00 AM at the First Baptist Church of Wedowee with Rev. Jon Tal Murphree and Bro. Ricky Daniel officiating.  Burial will follow at Wedowee City Cemetery with Benefield Funeral Home in charge of arrangements.

The family will receive friends at the church from 9:00-11:00 AM on Saturday before services begin.

Mr. Dobson passed away Wednesday, September 14, 2022, at his residence.

A Randolph County native, Mr. Dobson was born on September 3, 1925, the son of Roy and Katie Bernice Weathers Dobson.  He was a member of the First Baptist Church of Wedowee where he served as a Sunday School teacher for many years.  Mr. Dobson graduated from RCHS in 1943, and then served in the Merchant Marines during WWII.  After being discharged from the Merchant Marines, he attended the University of Alabama and graduated in 1949 with a BS degree in Commerce and Business Administration.  He was then employed by Lockheed-Martin where he worked for 36 years in the material division traveling to various locations, including Georgia, California, South Carolina, and Iran.  Mr. Dobson was preceded in death by his parents; his wife, Sara Sullivan Dobson; one brother, Carl Weathers “Pete” Dobson; and two sisters, Mary Jack Dobson Williams and Sarah Frances Dobson Vickers.

Memorials may be floral but the family would prefer donations to be made to the First Baptist Church of Wedowee.  Online condolences may be expressed at www.benefieldfhwedowee.com.