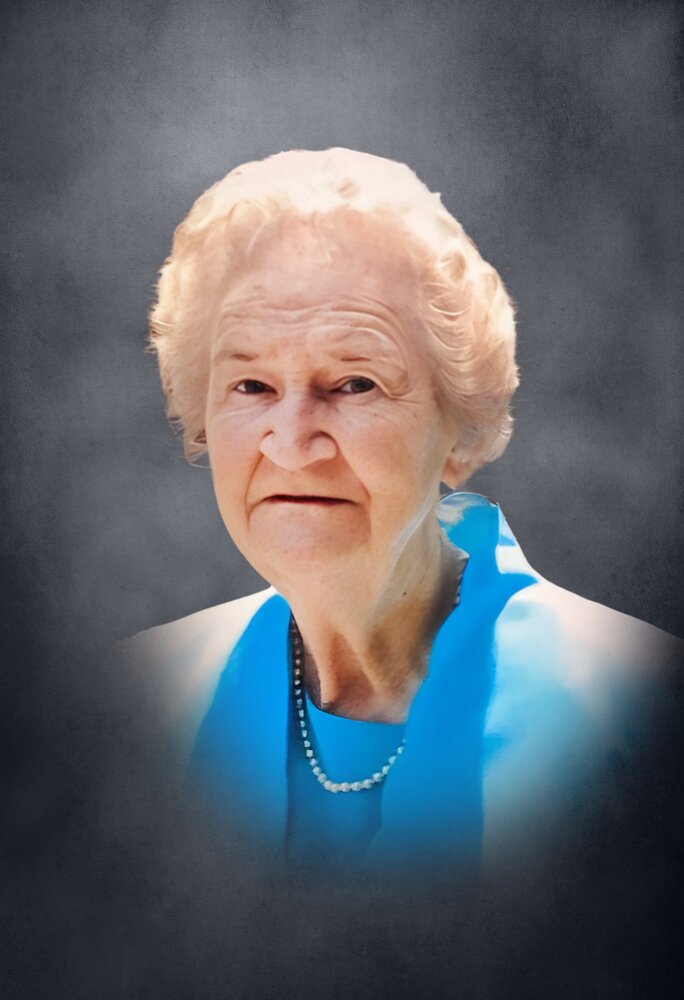 Please share a memory of Doris to include in a keepsake book for family and friends.
View Tribute Book

Doris Weaver, 97, passed away on December 21, 2022 in her home surrounded by her family. Funeral services will be held at 1pm on Monday, December 26, 2022 at Liberty Grove Congregational Methodist Church, 21907 Hwy 48 East, Woodland, AL 36280 with Rev. Greg Norred officiating. Visitation will be 1 hour prior to the service at the church. Burial will be in the adjoining cemetery.

Doris Evelyn Sessions Weaver was born on September 16,1925 in Abanda, AL to James Dowdell and Minnie Hilda Shockley Sessions. She graduated from Chambers County High School in 1944 and had many lifelong friends from her class including Calvin C Weaver, her husband of 61 years. They married while he was on leave during WWII.  Following the war, they purchased a farm in the Wedowee, AL community of New Hope making it their forever family home. She was a true helpmate to her husband with farming tasks and raising 4 children, which were her pride and joy. She enjoyed serving at Liberty Grove Congregational Methodist Church as Sunday School teacher, deacon’s wife, choir member, and faithful member of the Women’s Missionary Society.

Her hobbies included growing fruits, vegetables, and beautiful flowers. Her joy was to share her harvest with as many as possible. She was always willing to open her home for all to enjoy. Cooking was her way of showing her love for family and community.

She was preceded in death by her parents, her husband Calvin Weaver in 2006, and her beloved son, Mike C. Weaver in 2021, her sister, Margaret Sutton, her brothers, Ross (Mary) Sessions, James (Margaret) Sessions, and Charles (Eris)Sessions.

Floral arrangements will be accepted. Memorial contributions can be made to Women’s Missionary Society Liberty Grove Church or Liberty Grove Outreach (Liberty Grove P.O. Box 2365, Woodland, Al 36280) or a charity of your choice.