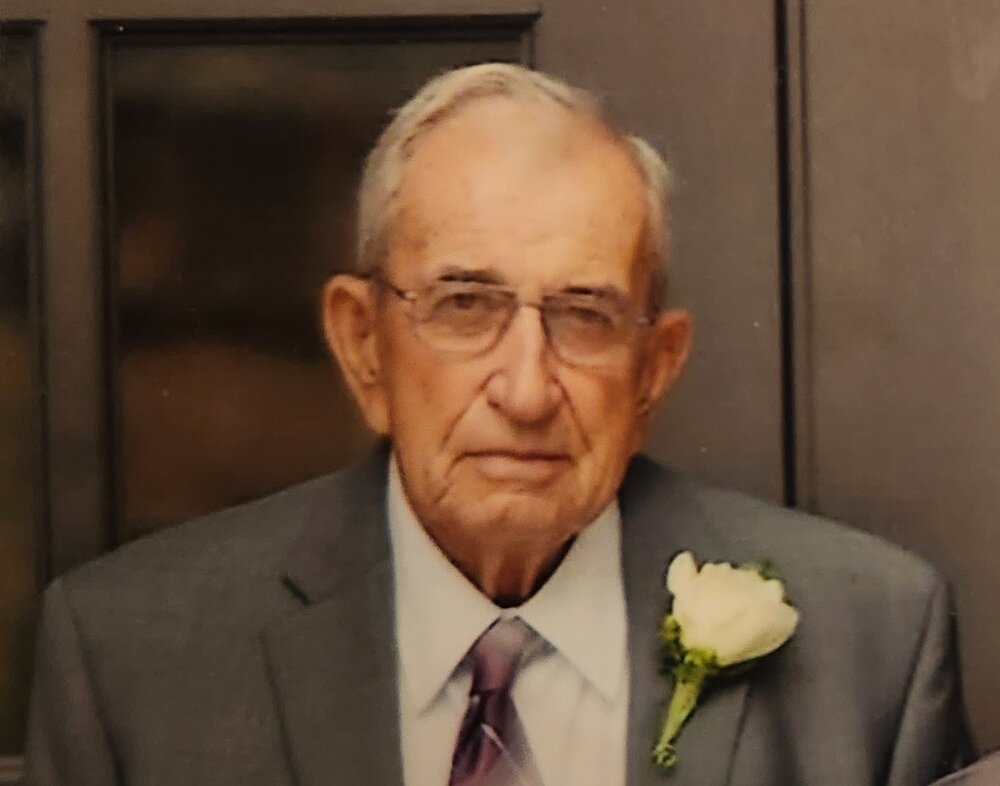 Please share a memory of Paul to include in a keepsake book for family and friends.
View Tribute Book

Paul Charles Saxon peacefully passed away at home on Tuesday, January 17, surrounded by loving family. He was 93 years old.

Paul was born July 14, 1929 to loving parents E.L. “Brother” Saxon and Brooksie Iverson Saxon of Graham. From his parents he was taught the Christian faith and learned the value of hard work.    This was exhibited by him helping establish the family farm and the family cotton gin business with his father and beloved uncle, John D. Saxon.  Paul was a devoted son.  He respected his parents and cared for them throughout their entire lives.

As a child, he attended grammar school at Pine Hill.  Later he attended Woodland High School where he graduated while serving as Senior Class Vice President.  After graduation from high school, he traveled by bus to Memphis, Tennessee for training to learn the craft of grading cotton, which he brought back to the family business, Saxon Brothers Cotton Gin, in Woodland.

After working in the cotton industry, later he had a rewarding career with Blossman Gas Company for decades. There he advanced to be a District Manager, working for Woodrow and John Blossman.  After retirement from Blossman, he continued work on the family farm by growing corn, soybeans, other crops and raising cattle.

Paul was a quiet, kind, patient and honest man.  He was witty, thoughtful and intelligent.  Paul was a voracious reader.  He always had a book in his hand or nearby and could always be found reading a new fiction novel or his Holy Bible.  In addition to reading, he loved working in the vegetable garden, tending a variety of fruit trees, tinkering in the workshop, cooking and baking.

Nothing made Paul smile wider or brightened his eyes more than seeing his grandchildren.  They loved their “Pop-Pop”.   He loved when they would run into the house and leap onto his lap giving him hugs.  He shared with them his love of reading, baking and gardening.

Paul was preceded in death by his loving parents and baby sister Norma Kathleen.   Paul is survived by the love of his life Rachel Hull Spratlin of Woodland, children Sally Spratlin Alcock (Joseph) of Atlanta and Kenneth Wade Spratlin (Lucy) of Atlanta, and grandchildren Waverly & Daphne Alcock and Andrew & William Spratlin.