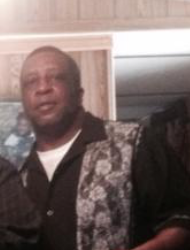 Please share a memory of Lonzie to include in a keepsake book for family and friends.
View Tribute Book

Mr. Parker passed away on Sunday, January 22, 2023, at Emory Healthcare in Atlanta.

Pallbearers will be Mr. Parker’s grandsons.

A Wedowee native, Mr. Parker was born on January 3, 1957, the son of Charlie Will, Sr. and Lurline Andrews Parker. He was a member of Union Chapel Methodist Church. Mr. Parker worked for 20+ years in Atlanta in the construction industry as a scaffold builder and later worked in maintenance for 15 years for Wedowee City.  He was preceded in death by his parents and two brothers, Charlie Will, Jr. and Jimmy.